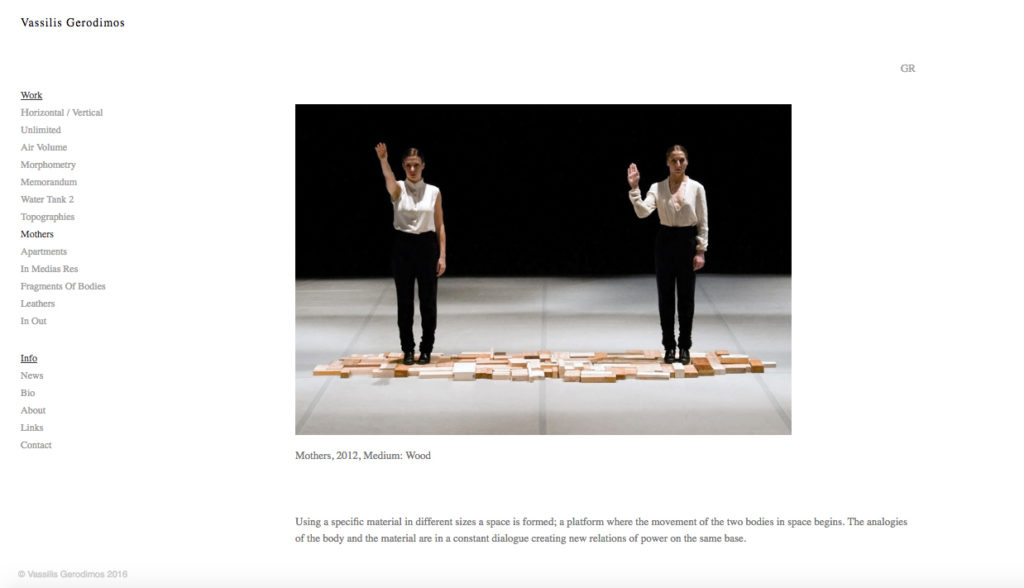 Ηe started with the art of jewelry at V. Polyzos’ Laboratory in 1994 – 2000. He continued his studies in Sculpture where he pursued a BA (Honors) at the Panormou School of Fine Arts in Tinos. After he was admitted at the BA course “With Distinction” of the Athens School of Fine Arts, Greece. For three consecutive years 2003, 2004, 2005, he received the fellowship and praise from the Ministry of Aegean. He participated at the European program ‘Culture 2000’ concerning Land Art, attending and collaborating workshops in Glasgow (Scotland) at the Landscape Architect “Solway Heritage” with the participation of Jim Buchanan-Andy Goldswothy (2005) and in Mallorca (Spain) at the Consell de Mallorca (2004). He has presented his work in numerous solo & group exhibitions in Greece and abroad, in several institutions and galleries such as the Onassis Cultural Centre (Athens-Greece), the American College of Greece (Athens-Greece), the Action Field Kodra (Thessaloniki-Greece), Pinakothiki Morali (Greece) etc. Since 2004 he has curated a significant amount of set designs for choreographers and theatre directors at the Athens and Epidaurus Festival (Athens-Greece), the European Cultural Capital Marseille (France), the Onassis Cultural Center (Athens-Greece), the Temps D’Images Festival (Dusseldorf-Germany), the Thessaloniki Biennale of Contemporary Art and the Dimitria Festival (Thessaloniki- Greece), the Kalamata International Dance Festival (Kalamata-Greece), the Teatri di Vita (Bologna-Italy), the IETM Athens (Athens-Greece), the International dance festival, SARTR Theatre, (Sarajevo -Bosnia and Herzegovina), the Dansehallerne (Copenhagen-Denmark), the Le phénix, Scène Nationale Valenciennes, (France). 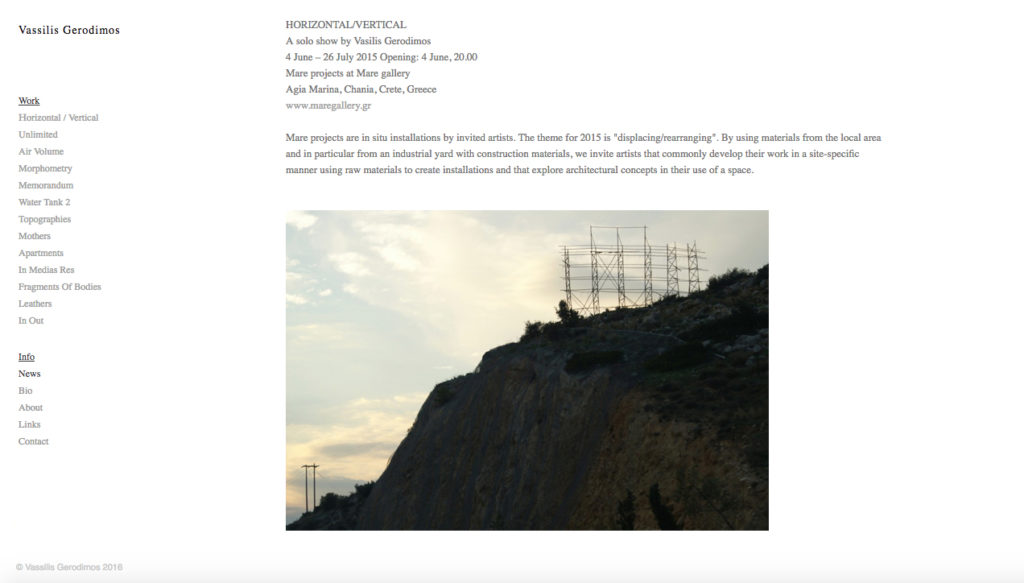