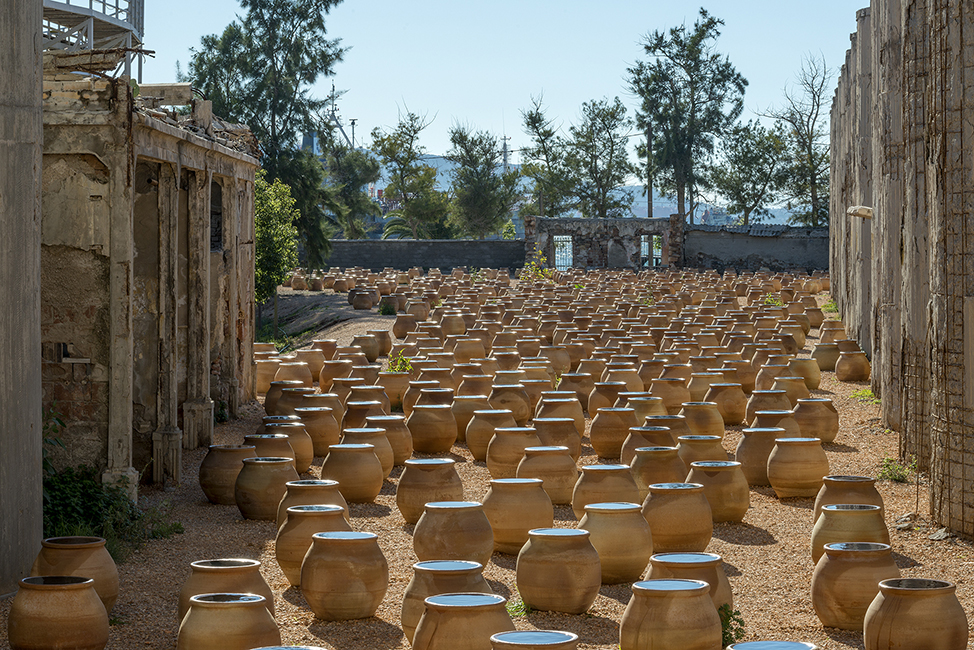 The installation Upon the Earth Under the Clouds by Danae Stratou, is presented from June to October 2017 at the Old Oil Mill of Eleusis, within the context of Aisxylia Festival 2017.

Upon the Earth Under the Clouds is a large-scale site-specific installation conceived for the Old Mill and the city of Eleusis. Using water and soil as its core materials and ceramic pots as its dominant morphological feature, the work enters into a dialogue with the rich history of Eleusis, from antiquity to the long industrial history of the city and its present-day structure. Woven into its narrative are the myth of Demeter and Persephone, mortality, the notion of voyaging, the existential quest for a destination, and migration, not only as a defining feature of the city’s history, but also as a repeated historical occurrence.

Through this project, the artist aims to connect past and present, using water as the conduit. Reflecting the sky above, the water’s surface joins earth and sky, the out-of-reach with the tangible and, by extension, the imaginary and the real, mortality and the transcendent, the familiar and the unknown. Flowing water moves and carries us along with it, crossing and connecting places and civilizations. It reflects the vastness of space and hints at the “vast”, eternal flow. It alludes to those communal experiences which bridge conflicts and differences: angst and the adventure that is life, shared by everyone “upon the earth under the clouds”. Stretching out from across the Old Mill, the sea is one of the watery elements conceptually linking the beginning and the end of the installation, being its symbolic entrance and exit. 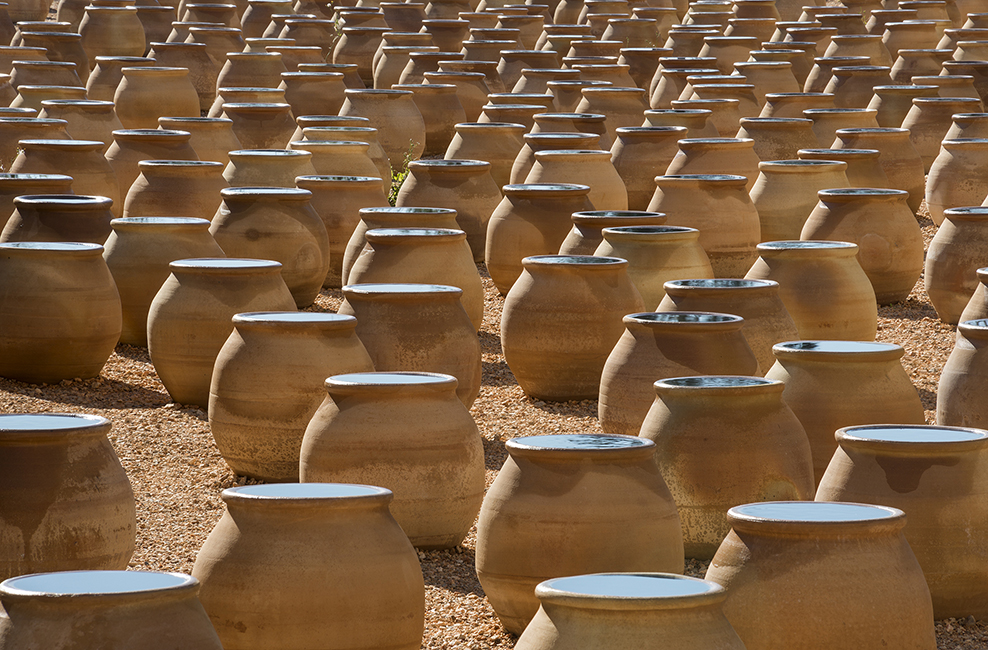 Water also acts as a means to explore Space, a dimension that permeates Danae Stratou’s body of work. Space here is a specific place that resonates with history, brimming with human stories of various cultural and psychological hues tied to human settlement, birth, co-existence and how people build their lives. The viewer becomes the sensitive receiver of all these aspects and is urged to consider how space influences thought and, conversely, how thought and man’s presence affect space.

Upon the Earth Under the Clouds is a contemporary installation. Its sparseness aims to capture the significance of fundamental questions about life. Focusing on these, incorporating the specific into the general, it hopes to contribute to a viewing of reality with greater clarity and perceptiveness.

Finally, the work is an opportunity to ponder on larger issues such as the role of art in a time of crisis, the political and ethical aspects of art and the way in which the production of a work of art can involve a local community and the resources of a region, particularly in the present circumstances. 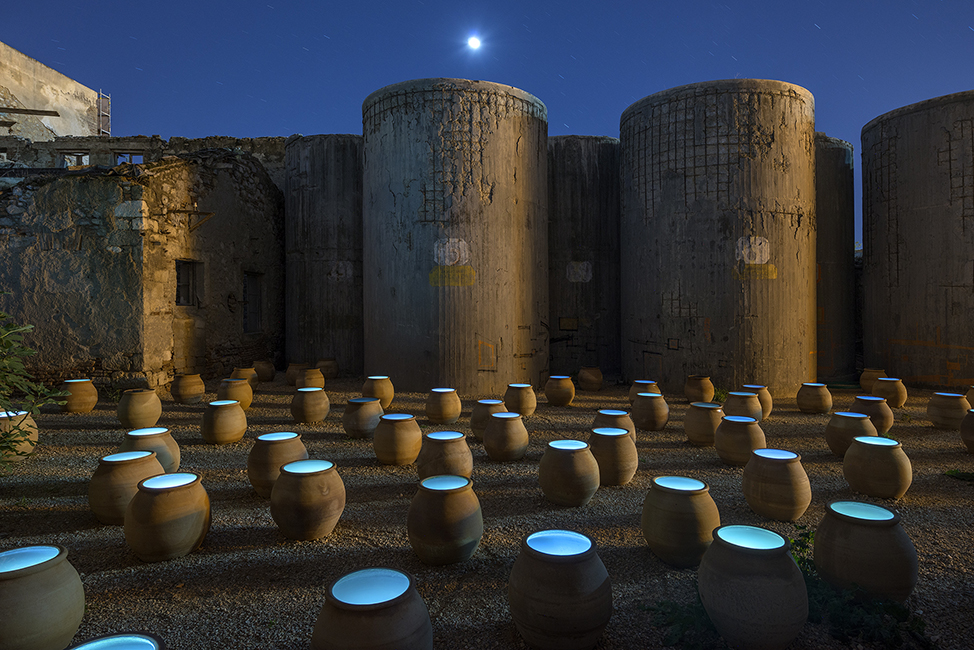 *The title comes from a phrase spoken by Panagiotis Farmakis, the protagonist in Filippos Koutsaftis’ documentary Agelastos Petra (Mourning Rock).